If you’re a parent of a young kid who has expressed an interest in elephants or for a school project, this article will come in handy.

We’ve put together a list of 10 interesting and fun elephant facts for kids, as well as sources of further information, more reading, and references!

1. Elephant Is The Largest Existing Land Animals In The World

Elephant is the largest existing land animal on Earth. An adult male elephant can weigh up to 15-16,000 pounds (6,000 kgs) and stand up to 3 meters tall at the shoulder.

Both male and female elephants have large, thick skin that is gray. They have long trunks that they use for many purposes, including drinking, eating, and moving objects.

Elephants are herbivores, meaning they only eat plants.

They spend up to 16 hours a day eating grasses, leaves, roots, and fruit. Their trunk is an important body part that allows them to grab food and put it into their mouths.

Elephants also use their trunks to spray dust or water on themselves as a form of protection from the sun or biting insects.

The African Elephant and the Asian Elephant are the two major types of living elephants on Earth today.

If you include the African Forest Elephant, there are actually three types of species of elephant.

They are also taller than Asian elephants, reaching up to 3 meters at the shoulder.

The African forest elephant is smaller in size and has straighter tusks than the Savannah elephant.

African elephants live in sub-Saharan Africa and are found in countries such as Kenya, Tanzania, Uganda, Cameroon, and Zimbabwe.

They are also shorter than African elephants, only reaching a height of 2-2.5 meters at the shoulder.

There are three subspecies of Asian elephants:

Recommended reading: What are the Main Differences Between African Elephant and Asian Elephants?

3. Elephants Can Use Their Trunks To Swim And Breathe Underwater

You’ll surprise yourself to learn an elephant is a surprisingly good swimmer. Its huge size makes it easy for the scuba diver and the swimmer to travel through its trunk to great distances.

Elephants can use their trunk to breathe underwater while swimming and can even use them for consuming food or taking items out.

Elephants love water and will spend countless hours swimming to get cool and explore new habitats.

4. An Adult Elephant Consumes 250-650 Pounds Of Food On Average Per Day

When elephants reach maturity, they can weigh anything from 5,000 to 16,000 pounds. The fact that they consume so much food might not come as a surprise in light of their enormous sizes. Their insatiable appetites are not solely due to their huge bodies!

Elephants are only able to digest (make use of) 40% of the food they eat because their digestive tracts are inefficient. They need to consume more food to make up for lost energy or nutrients from the meal prior.

5. Elephants Drink 25-55 Gallons Of Water On Average Per Day

An elephant’s day-to-day activities all require water in one form or another, including drinking, cooling down, bathing, and even playing.

Because the process of good digestion necessitates that water is consumed, it should come as no surprise that an animal as big as an elephant can absorb so much water.

6. Elephants Are Afraid Of Honey Bees

African elephants have been known to go on rampages, destroying crops in search of food. In response, some farmers have started using beehives as a form of elephant-deterrent. Elephants are definitely scared of some things.

The sound and movement of bees are enough to scare away elephants, who are also afraid of getting stung. This method is quite effective in keeping elephants out of areas where they are not welcome.

7. Elephants Communicate Using A Variety Of Sounds And Gestures

Elephants communicate with each other using a variety of sounds, gestures, and body language, which is one of the interesting elephant facts for kids especially.

They may touch or nudge each other with their trunks to show affection or get another’s attention.

Elephants also use their trunks to make a variety of sounds, such as trumpeting, rumbling, and bellowing, which can communicate excitement, aggression, or fear.

8. Elephants Have A Excellent Memory

Elephants have an excellent memory and can remember things for many years. They can even remember the faces of other elephants and humans that they have met before.

This amazing memory is likely because elephants have a large hippocampus, the part of the brain responsible for processing memories.

Elephants are social animals who live in family groups called herds. These herds typically consist of related females and their young calves. The oldest and most experienced female in the herd is called the matriarch.

Males usually live alone or in small groups of 2-3 elephants called bulls. Once they reach adulthood, males leave their family herds to live a solitary life.

Did you know that a female elephant gets pregnant for 22 months, which is almost 2 years? This is the longest gestation period of any land animal, making it one of the interesting elephant facts for kids in specific.

During this time, the mother-to-be will eat enough food for two and gain several hundred pounds. She will also drink more water than usual and urinate more frequently.

The baby elephant weighs more than 200 pounds and has a height of more than 1.5 meters.

These fun facts provide just a glimpse into the fascinating lives of these amazing animals.

I hope these 10 fun elephant facts for kids school projects would be more than enough.

What Are Baby Elephants Called?

Baby elephants are also known as calves, when they are born, until approximately 5 years of their birth.

Elephants have a distinct vision, which is comparable to colorblind humans. They can distinguish between blue and yellow colors, but not between red

How Many Teeth Does An Adult Elephants Have?

An adult elephant has 30 teeth. The tusks are the two upper incisors. They continue to grow throughout the elephant’s lifetime and can reach up to 7 feet in length. 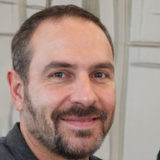